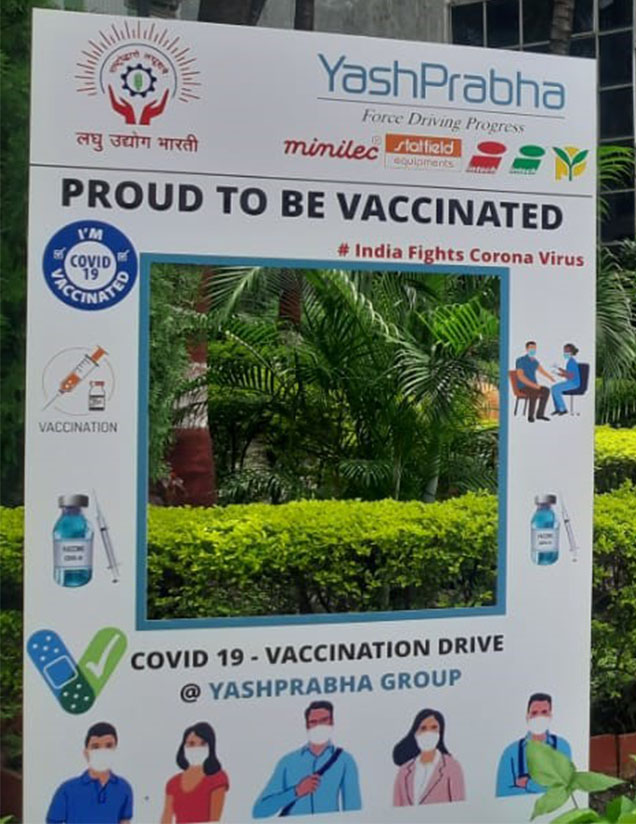 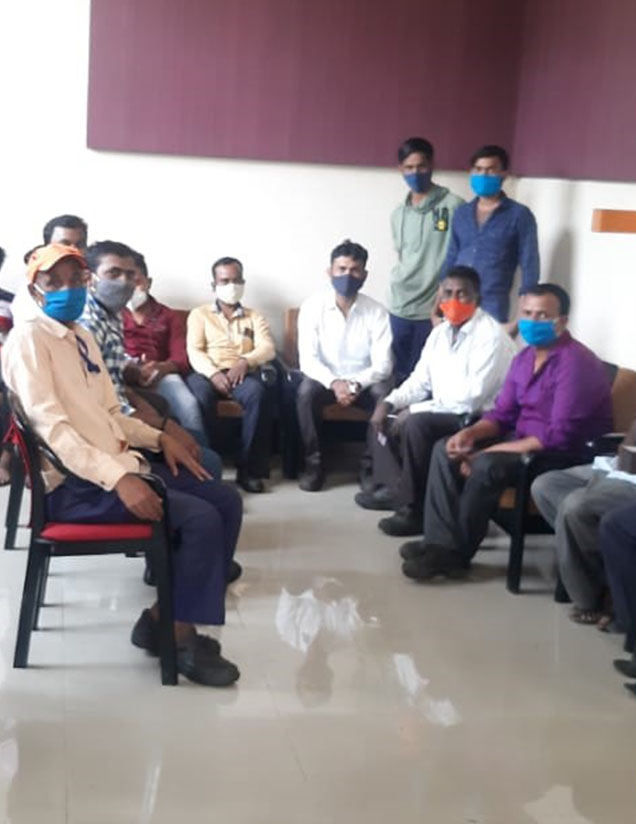 Yashprabha Group of Industries (Minilec, Statfield and Intech), Pirangoot,  successfully implemented vaccination drive for all its employees on 26 June 2021. This drive was facilitated by Laghu Udyog Bharati  - only national organization working for benefits of MSME. This drive  initiated by Yashprabha Group was further expanded to the other MSME and Laghu Udyog Bharati affiliated industries in Pirangoot  - Standard Plastics, Dispotronics, Surya Industries, Kivi Products, Techno Ceiling Products – who also participated in full quorum.

Program covered nearly 400 people who took either first or second dose, following guidelines of Covid and through official  Cowin portal. Sanjeev Hospital, Uttamnagar, were the medical facilitators for this drive.

Laghu Udyog Bharati has aimed to facilitate and arrange such vaccination drives for MSME in Pune. Such a drive will definitely help MSME, who intend to vaccinate their employees in their premises, but are restricted by operating difficulties due to lower employee numbers

This program is the first from the several drives that are being planned by Laghu Udyog Bharati, Pune for MSME in and around Pune.